Wikipedia:A nice cup of tea and a sit down

Project page Talk
For the unrelated article, see Nice Cup of Tea and a Sit Down.
"WP:TY" redirects here. For more information on the Thanks notification, see Help:Notifications/Thanks.
Essay on editing Wikipedia 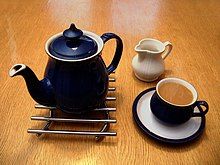 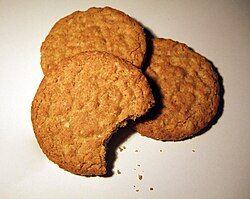 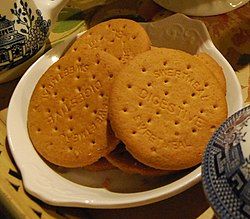 Some Wikipedians say that digestive biscuits are the only true biscuit for tea and that hobnobs are not as much biscuity goodness.

A nice cup of tea and a sit down is, in the spirit of WikiLove, a chance to declare publicly what you appreciate about other members of the community or their contributions. As Sidney Clare wrote, and Thumper's mother echoed: If you can't say anything real nice, it's better not to talk at all. That rather idealistic concept is the fundamental rule on this page. The goal is to create goodwill and perhaps assist the dispute resolution processes that occur on other pages – or, if we're lucky, avoid disputes at all.

Of course, this page should not replace complimenting people directly on their talk pages, or on article talk pages. A nice cup of tea and a sit down is for when things have gone beyond that, and there is a need for some more formal and serious niceness.

If you get the urge to say something like "I think that such-and-such has worked really hard on Wikipedia, but...", you should stop there. The rule of thumb when making a compliment is to "stop at the but/however/although". Just the complimentary part, please. When you're done pouring, you may want to leave the {{tea}} template on their talk page, so they know that their tea is ready.

(Note that drinking tea is only a metaphor; if you are living in the heat, you can take a nice cold drink; if these aren't your style, you can sit around a fire and drink beer. If you hate all of these drinks, maybe a nice hot cocoa will do. Or even a glass of water!)

Skip to the bottom

The credit goes mainly to you, Che, for bringing the warring parties together and acting as a, well, voice of reason. VoiceOfReason 21:26, 19 July 2006 (UTC)

Wow--thank you! This also happens to be a really nice piece of wiki that I hadn't come across yet (or had and forgotten), and as someone who has recently started to drink tea, I can attest that just the suggestion brought a smile to my face. Miss Mondegreen talk  22:11, May 13 2007

A "cuppa" for everyone!

I got great help today from Chzz and fleet. They were great Thanks a million-

With the feedback sorted out, Wikipedians can relax and enjoy themselves.

Just kicking off the New Year with a swift mention of User:RegistryKey. In their first four months (approx) of editing, RegistryKey has been of immense help to our community. Keep up the great work! Orphan Wiki 17:22, 3 January 2015 (UTC)

@Sammy1339: Thanks so much for everything you've done to rescue, build, and improve the article, and for your great patience in talking through 13 and many more picayune quibbles. I can't wait to meetup with you!

@SlimVirgin: Your contributions to the project are beyond compare! You're great with sources, utterly fluent in WikiText, and most importantly thrice the writer I'll ever be. Thanks for putting up with my gadflying.

@DrChrissy: I don't think I've even mentioned how wonderful it is to have a real expert helping out. Your professional eye for facts and sources is irreplaceable. I've heard it takes a deeply altruistic commitment to your field for an academic to tolerate the foibles of WP, and I can't thank you enough for doing so.

@Martin Hogbin: I know you've been trying to fix these articles for a long time, mostly without getting the results you want. I'm frankly impressed at how well you keep your cool in the face of all the cumulative frustration. Your dedication is an inspiration.

@Snow Rise: Thank you so much for the time and effort you put into jumping in, and on a tight schedule yet! I'm sorry we're not working on dance right now.

The article is a fine testament to the amount of positive effort that's been undertaken. I know we can all find ways to make the 'pedia reflect the sources; we have all the guidelines we need, and plenty of sources. This is a great opportunity to create a neutral, fair, informative locus of information on a rhetorically-fogged topic, and I can't wait to see where it ends up. FourViolas (talk) 01:24, 29 July 2015 (UTC)

@Websurfer2: thank you for all your significant contributions to the Timelines of Russian interference in the 2016 United States elections and journalist articles. I look forward to you hopefully regrouping and returning to help at the Timelines. X1\ (talk) 01:21, 26 February 2019 (UTC)

@The Drover's Wife: is a tireless contributor specialising in Australian content, and provides detailed and thoughtful suggestions around categories and article approaches. I'm grateful to learn from your contributions, thank you for everything you do! SunnyBoi (talk) 14:23, 19 April 2020 (UTC)